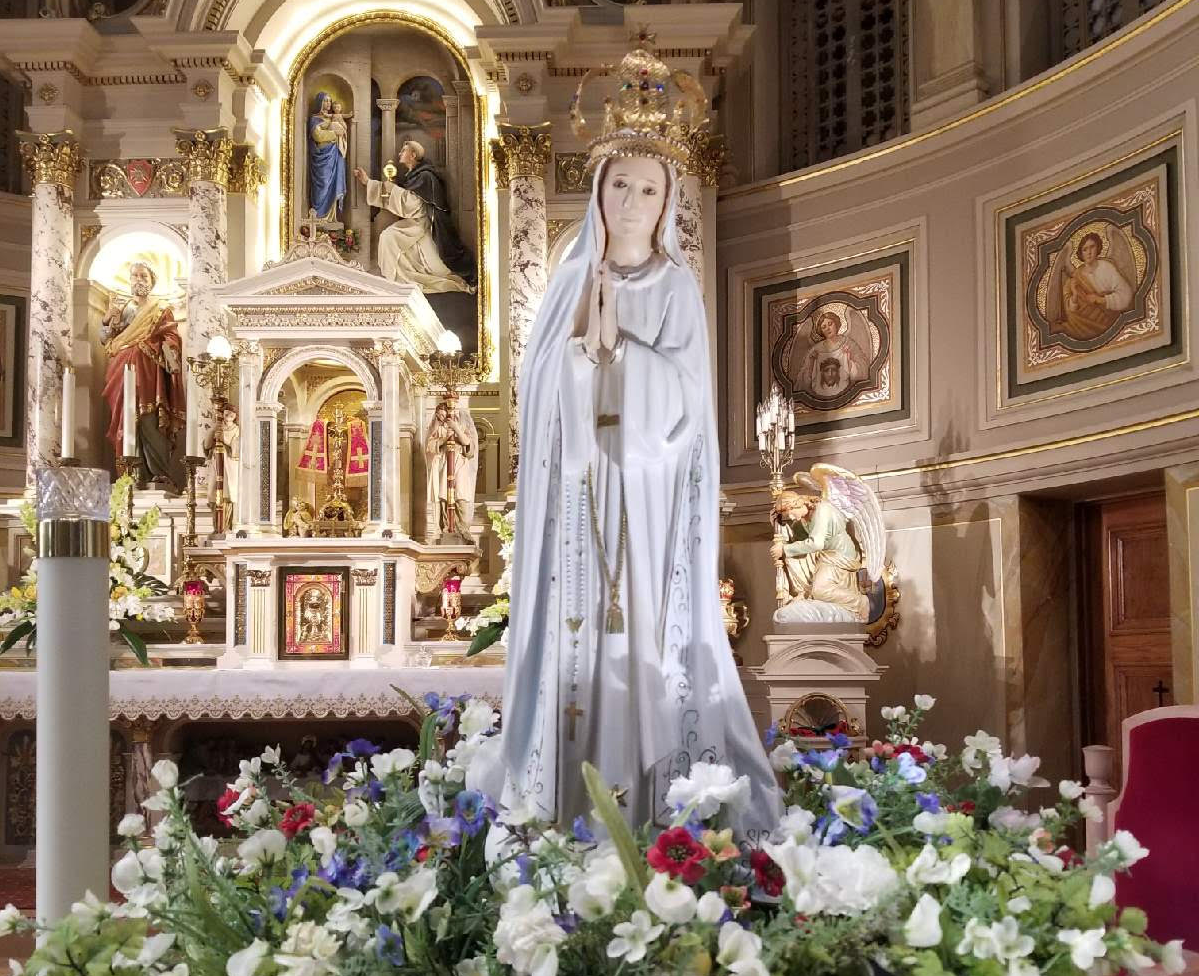 Our Lady of Fatima

This feast commemorates the visions of Our Lady seen near Fatima in Portugal in 1917 by three shepherd children, Lucia dos Santos and her cousins Jacinta and Francisco Marto. The visions occurred on the 13th day of each month from May to October, and by October huge crowds were gathering at the site of the visions and reporting visions and miraculous occurrences themselves.

Pope John Paul II was devoted to Our Lady of Fatima and attributed his survival of an assassin’s bullet on 13 May 1981 to her intervention. Jacinta and Francisco Marto, who died in the great Spanish Flu pandemic of 1919-20, were beatified on 13 May 2000.

Intercessory Prayer to Our Lady of Fatima

O Most Holy Virgin Mary, Queen of the most holy Rosary, you were pleased to appear to the children of Fatima and reveal a glorious message. We implore you, inspire in our hearts a fervent love for the recitation of the Rosary. By meditating on the mysteries of the redemption that are recalled therein, may we obtain the graces and virtues that we ask, through the merits of Jesus Christ, our Lord and Redeemer.  Amen.