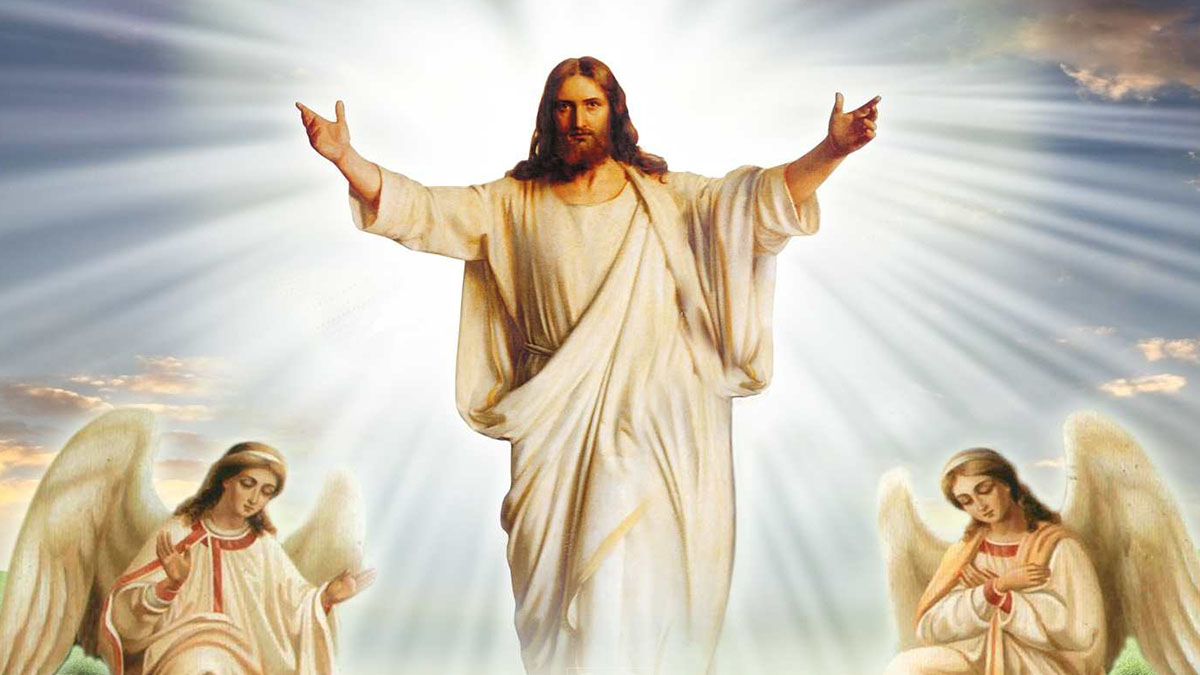 Alleluia, the Lord is risen as He said, Alleluia!!

Dear parishioners and friends of St. Hyacinth’s Basilica. Truly!!!! The Lord foretold the Paschal days that would take place in Jerusalem. The Paschal days are the entire holy Triduum, that is, the three days from the moment of the Lord’s Supper, through the capture in the garden of olives, to the judgment, to the denial of Peter, to the betrayal of Judas. It is the Way of the Cross, cruel suffering on the cross and death.

The Paschal Mystery could not end with the burial and forever closed – with a heavy gravestone. When Mary Magdalene and the other women arrived on the morning of the third day, they found the tomb empty. They had the vision of angels who assure us that He is alive, that He has risen from the dead. And a great movement began! The women ran to the apostles, Peter and John run to the tomb. Two disciples go to a village called Emmaus. They meet Jesus, but they don’t recognize that it is Jesus. Mary Magdalene thinks he’s a gardener. It is only by simple but very significant gestures and signs that they recognize their beloved Master. He addressed Mary by name, blessed and broke bread before the disciples, and then gave it to them. On the same day he comes to the eleven; despite the closed door, and greets them with the words Peace be with you!!

The great ones of this world have failed. They exchanged their vanity for cheap promises dictated by fear and personal gain. We look at those murdered in a brutal way in Ukraine, in Sudan, and in many other places around the globe. We ask ourselves “what has mankind come to, to what degree of iniquity in himself that he hated another person so much?” The answer is one: these individuals have never really met the Risen Jesus. These people do not carry within themself eternal hope, because they places it in mortality.

But, the Risen Lord, allows Himself to be met by everyone, even those who are not waiting for Him. He always brings his peace, in a climate in which one can truly share love, hope and faith in the Living God and in others. The Lord is risen also this Easter. He is risen for you and for me, so that, imbued with the truth about the living God, we may bring this hope to all who await him!

May these wishes, imbued with hope, reach all our parishioners and our community of friends.